Skip to content
Image Stacking and a Photograph’s Integrity

Image stacking is a commonly used tactic by photographers who use tripods. It’s when you take multiple shots from the same location and stack them on top of each other so that you can remove any unwanted movement of a non-stationary object in frame. It’s a great way to capture a scene in a more quiet state. I primarily use it to shoot busy locations where it would be impossible to compose a photograph with no people in frame.

The above photograph of the Lincoln Memorial is a perfect example – this was shot on a Sunday night and I was in the same spot for about 90 minutes. At no point when I was there were there less than 50 people in the memorial – most near the front of the statue looking and admiring.

And of course, the obligatory selfie – I got one myself!

And while people often add to a scene more than they detract, in this case, I thought the purity of the memorial was better served as an empty hall. So I took hundreds of photos all from the same location on my trusty Feisol tripod. When I got home, there was so much traffic, it took 13 shots to stack together to remove any sign of humanity.

Below is an unedited frame of one of the stacked images that the final photo above is comprised of.

What do y’all think? I think a photograph is always subject to artistic interpretation – both by the photographer and by the individual who views it. 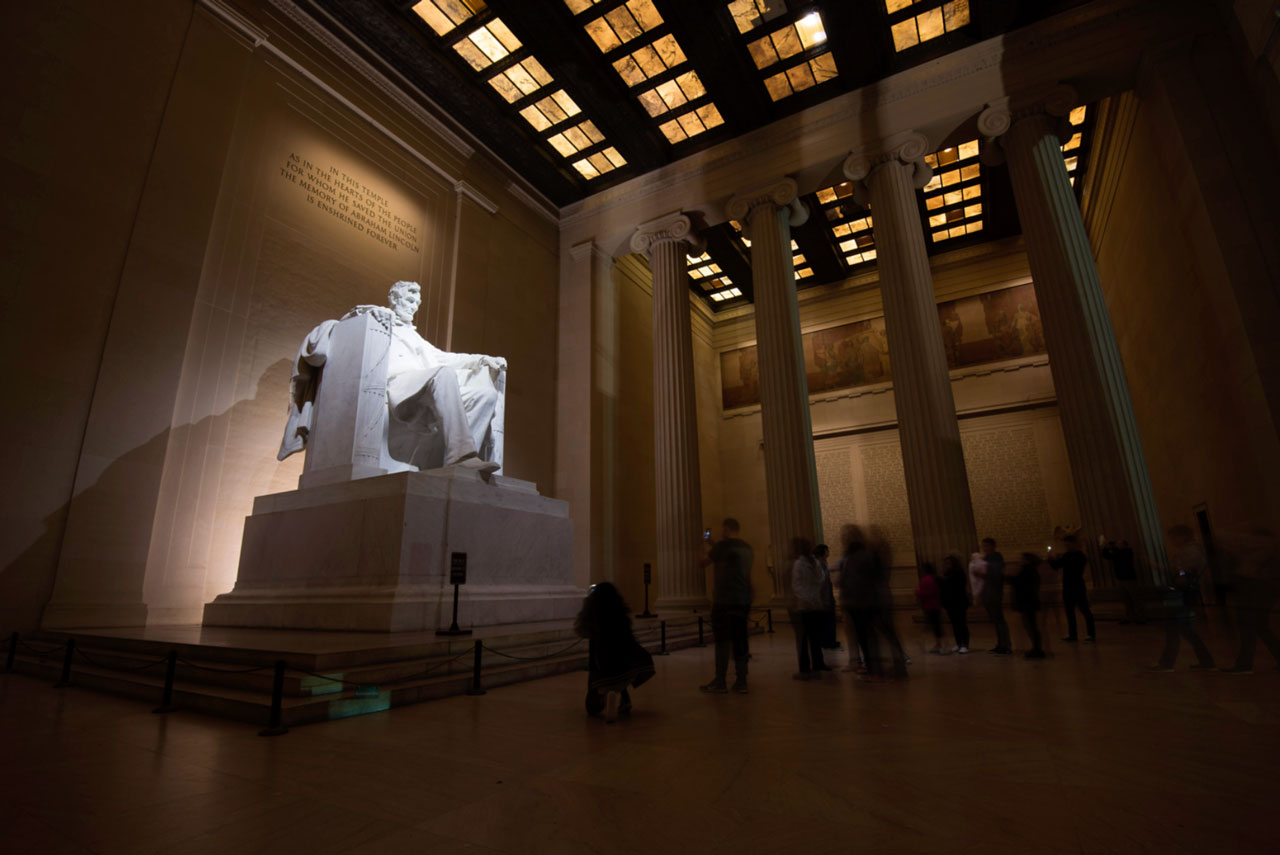