Behind the Photograph – Blue Heron. 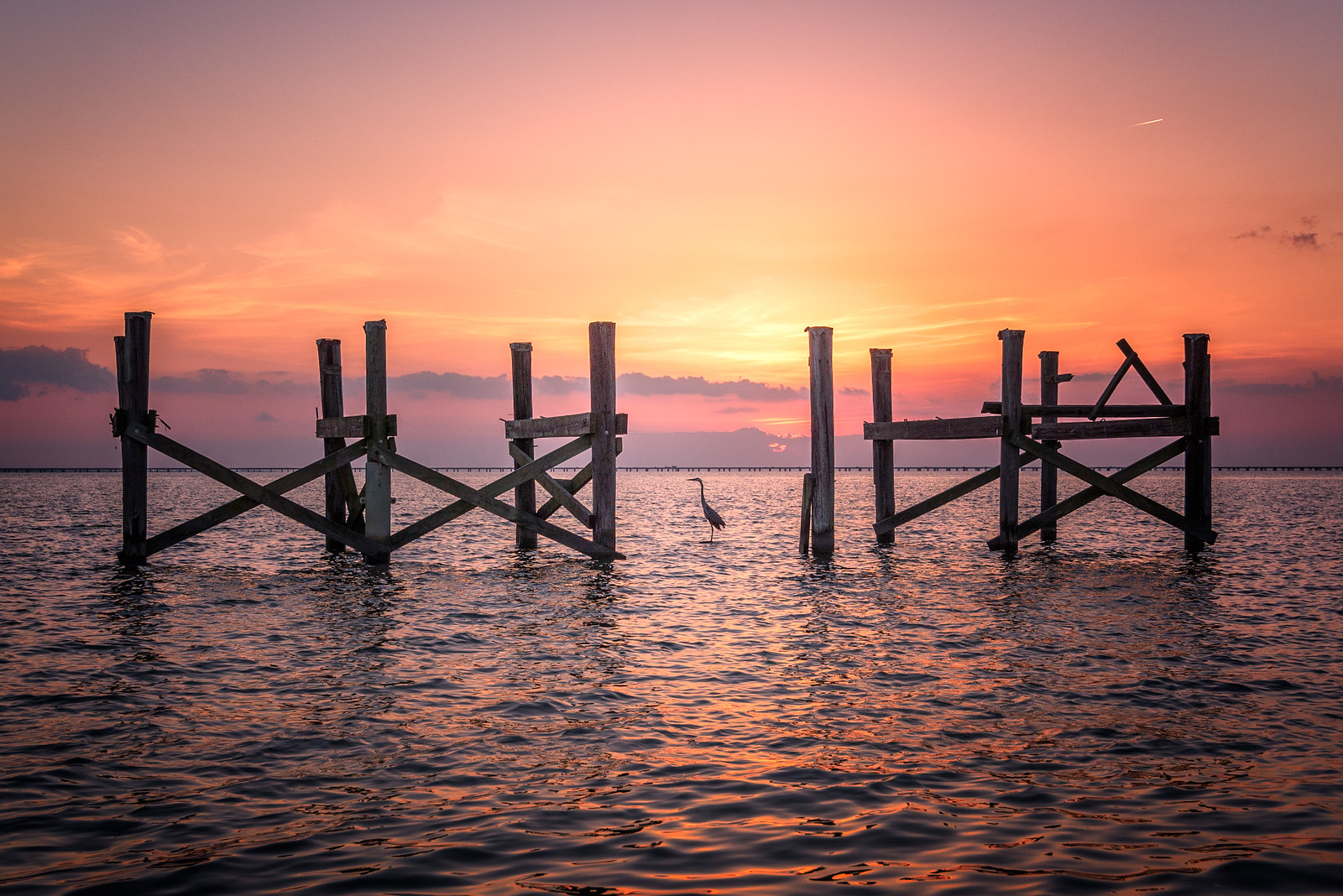 So much of photography is timing and patience. And to be honest, the same could be said about most things in life. But with photography, that patience is often for the unknown. It’s a blind faith. And often, nothing comes to fruition. You wait and wait and wait for something of interest to materialize – something unique – and sometimes it happens, sometimes it doesn’t. On this night, something did.

My shot list on this night was the collection of remnant piers on the shores of Lake Pontchartrain against a sunset backdrop. These were all that remained years after Hurricane Katrina plowed through the city. Just to the left of the wooden posts you see in this photograph was a restaurant called Bruning’s, a New Orleans staple for seafood in the West End area. It was literally swept away into the sea during Katrina – an entire restaurant vanished. Even today, much of the posts that remained back when this photograph was taken are now gone. What stands there now is an enormous pumping station erected to prevent 2005 from happening again. We’ll see.

On this night, I would have been content with the wooden posts alone. There was a poignancy to them (at least to me) and the sunset was vibrant but not overpowering. Since it was an almost clear sky, I knew I wouldn’t get a post-sunset color show you often see when there’s a high and thin cloud deck. With the sun getting close to the horizon, I started putting gear away when I saw a lone blue heron land on one of the posts. That alone – I thought – would be a banger of a photograph. But it happened so quickly, I couldn’t get it composed quickly enough.

The best was yet to come though.

Because, in an instant, the heron dropped down to where you see him here – perfectly centered amongst this grouping of pier posts with the sunset directly behind. At this point, my only thought is, “be quiet, don’t scare him away.” He was maybe 50-75 feet away but it was a calm night and there was nobody around. Just the adjustment of a tripod leg could have jarred him away.

I got the shot…quickly, quietly. And then he left – heading west toward the waning light.

Photography is timing and patience. It’s also luck. I could stand in that spot for 100 years and not have a serendipitous moment like that ever happen again. But it happened that night and I’m grateful for it. Amongst the ruins of an unimaginable tragedy, life persists.

I often tell people that my standard for a good photograph is if I enjoy looking at it months and years later. Six years later, I still don’t tire of this one. I don’t imagine that will change.